Tom Cruise has reportedly added Prince William and Kate Middleton to the list of his close friends to whom the Hollywood star sends special coconut cakes.

The Top Gun actor uses his private jet to deliver the world’s most exclusive Christmas gifts from Los Angeles.

The Sun reported that the Prince and Princess of Wales will be receiving a £38 White Chocolate Coconut Bundt Cake from Doan’s Bakery in Woodland Hills this year.

An insider spilt the beans to the outlet: “This is pretty much the Who’s Who of who matters in global entertainment and showbiz. 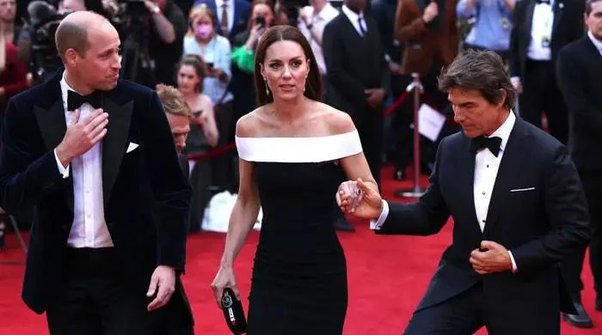 “Adding the royals to the list just shows how their star power travels.”

Last year, the publication reported that Tom shipped 300 cakes from LA to the UK as the insider told the outlet at the time: “Tom wanted to give the team on Mission: Impossible a treat for Christmas and decided that only cakes from his favorite bakery in LA would do.

“He organized for the shop to make 300 cakes especially and they were then flown back to the UK on his jet.

“It is extravagant, but Tom is an incredibly generous person and he wanted to do something special for everyone who has worked on the movie with him,” the source added.