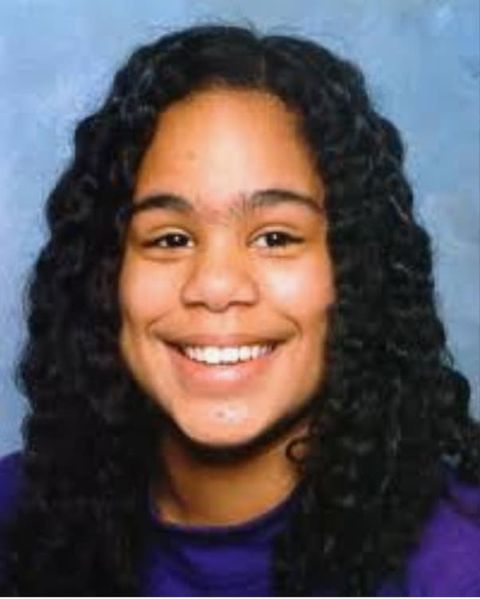 Celina was 8 months pregnant at the time of her disappearance. Her baby was due around December 29th.
Celina was last seen at approximately 11:00 p.m. on December 15, 1996, when she went to bed at her aunt’s residence on Crestview Drive in Willingboro, New Jersey.
Her father, C.J. Mays, checked her room the following morning and discovered that Celina was missing and pillows had been placed under her blankets in her bed to give the appearance that she was sleeping. There was no sign of Celina, who left her prenatal vitamins, purse and other personal belongings behind. She has never been heard from again.
Celina lived with her father, stepmother and several other relatives at the time of her 1996 disappearance. C.J. was employed as an accountant and bookkeeper for the Gospel of Christ Ministries Inc., based in Mount Holly, New Jersey. His sister, Cerita Smith, was pastor of the church and the Mays family raised Celina as a member.
Celina was home-schooled and grew up with strict religious beliefs from the organization. C.J. maintains that Celina did not leave her home because of problems with her religion.
The Gospel of Christ Ministries Inc. had numerous complaints from former members in the late 1990s who claimed that the church was utilizing brainwashing techniques on its congregation. It is not known if the allegations are connected to Celina’s case, but Cerita has accused disgruntled ex-members of the church of hiding Celina.
C.J. believes that his daughter planned her disappearance, mainly because he threatened to have paternity tests performed to learn the identity of her unborn child’s father. Officials said that C.J. was uncooperative in his Celina’s disappearance; they have lost touch with him in the years since Celina vanished.
Another of Celina’s relatives somewhat supports C.J.’s theory, telling the press that he believed she was murdered by the baby’s father in order to prevent his identity from being revealed, or possibly she died as the result of an amateur abortion.
The baby’s father, if he is ever identified, could be charged with rape due to Celina’s age at the time she became pregnant.
Authorities responded by announcing they have no information concerning Celina’s child’s father and statements made by others were pure speculation, although it has been rumored that one of Celina’s cousins fathered her child.
He was interviewed several times by authorities after she disappeared but denied any knowledge of Celina’s whereabouts. The individual has fathered seven children by four different women, and is now an adult and married to the mother of four of his children.
Celina’s aunt believes that the father of her baby was an individual she met while roller skating in Camden County, New Jersey.
Celina’s mother, Lynn Marie Vitale, died of a brain aneurysm in 1994, two years before Celina disappeared. Vitale and C.J. never married and allegedly had a tumultuous relationship with some incidences of domestic violence. C.J. was a musician at the time he met Vitale, and admits that he had a drug and alcohol problem.
Vitale had been an exotic dancer and was addicted to drugs, but overcome her addiction before her death and got a job as a school custodian in Palmyra, New Jersey. Several of Vitale’s family members fought a bitter custody battle over Celina with C.J. after Vitale’s death. She lived with some of Vitale’s friends before moving with her father.
Both sides of the family have accused the other of hiding Celina. Several of Celina’s maternal relatives believe foul play was involved in her case. No evidence has been produced to support any of the theories.
Celina’s obstetrician, whom she last saw two days before her disappearance, told officials that she never identified her baby’s father. The obstetrician described Celina as an emotionally mature girl. She reportedly told her doctor that her boyfriend was 16 years old in 1996 and was not a member of her church.
There have been numerous unconfirmed sightings of Celina in the years since her disappearance. In the weeks immediately after her disappearance, she was supposedly seen in Lacey Township and Hopewell Township in New Jersey, but these have not been confirmed.
Celina has family members on her mother’s side living in Michigan and Florida. Her mother left her a large life insurance policy, which she is now eligible to collect since she has turned eighteen. Investigators are calling Celina’s case a missing persons case, not a homicide, and it remains unsolved.