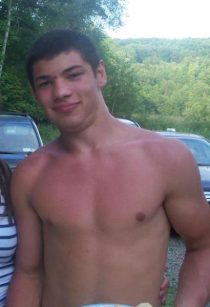 Nieko Lisi was eighteen years old when he vanished in Addison, New York on September 30, 2011. He and a friend, Robert Nicholas Neil Knight III, stopped at Lisi’s uncle’s home at 2:00 p.m. and said they were going to Buffalo, New York to possibly go camping.

They were driving a gray 2004 GMC Canyon pickup truck they claimed they were bothered by Knights’ grandfather, but after he was questioned later on, he never owned such a vehicle and It was later found out that the truck had been stolen from Addison, New York.

On the morning of October 1, Knight arrived at his parents’ home in Romulus, Michigan. This is not near Buffalo, which was apparently their original destination. He said Lisi had dropped him off there, but no one actually saw Lisi.

Lisi called his family later that day but wasn’t able to talk long and said he would call back later, but he never did.

He may have been sighted in the Franklin/Nashville area of Tennessee that day, which is in the opposite direction of Buffalo, NY. His phone pinged off a cell tower in Franklin at or near a residence on Flintlock Drive at 4:08 p.m.; this was the last signal from it.

Lisi did have ties to that area as he had lived with relatives in Franklin in 2009 and attended the eleventh grade at Franklin High School for a few months before he moved back to New York. Knight had no ties to this area.

On October 3, Lisi’s mother got her mail where she noticed someone had sent her son’s driver’s license. Someone had found it on a street in Hornell, New York, about fifteen minutes from Lisi’s home, and mailed it back. His mother, who was already worried because she hadn’t heard from her son in several days, got even more concerned after receiving the license. Lisi’s Facebook page had been shut down without warning around that same time.

Lisi’s family reported him missing on October 5, and the Michigan police questioned Knight on October 8. While he was being interviewed, the police decided to take him to the hospital for a psychiatric evaluation. It is not known why this was done.

Knight was released from the hospital the next day. At 8:00 p.m. on October 10, he was found dead of a drug overdose at his parents’ home. Authorities haven’t said whether they think Knight’s death is related to Lisi’s disappearance.

The pickup truck Lisi had been driving in when he vanished could not be found after his disappearance. In July 2016, four and a half years after Lisi’s disappearance, authorities finally located it, completely stripped down and locked inside a garage in a private home in Franklin, Tennessee. It is unknown what the homeowner’s explanation for this was or if they were known to Lisi.

Around this time, police also question Knights’ brother if he knew anything and he admits that he and his (now deceased) brother had shut down Lisi’s Facebook page from their house.

It looks like the police’s original theory was that Lisi skipped town after stealing the truck and was on the run to avoid charges, but his mother insists he would have contacted them by now, they were too close to just never speak again.

I find it extremely coincidental that Knight passed just a few days after he was interviewed by police and I wonder if he knew something he couldn’t live with.

What do you think?