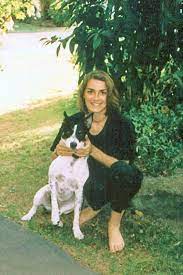 Marcia Ryan vanished in the very early hours of 20th August 1996, in the Australian state of Victoria. Her car was found abandoned by the side of the highway, out of fuel.

We’ve all read similar cases, and the answer seems immediate and obvious: a woman, finding herself alone on a highway at night, falls victim to a brutal opportunist. However, as more details emerged about the circumstances of her disappearance, it seems possible something else may have happened to Marcia.

Marcia was 33 years old when she vanished. She had worked for the past ten years at a relative’s transport company. She was an extremely reliable worker who had only ever taken time off once, for thyroid surgery, years earlier. She owned a house in Seaford, Victoria, and took in a boarder on the 15th of August, but decided to evict him only a few days later, phoning her parents to discuss it. Marcia’s mother says Marcia was ‘frightened’ of the border, but Marcia’s father seems to recall the conversation with Marcia as being less intense and says that Marcia — accustomed to living alone for so many years — regretted her decision to have a border, as she found it unnerving to share her house with another person. In any case, police dismissed the border as being someone of interest.

It should also be noted that an important anniversary was coming up: Marcia’s only sister, Diane, had died in a car crash in September 1980 when she was hit by a stolen car driven by teenage joyriders. Marcia, in the car behind Diane, had witnessed the crash and according to friends and family, ‘never recovered from it’ and often became unsettled around that time of the year.

On the 19th of August, Marcia was at work. At 12:30 pm, she told her manager she was feeling unwell and went home to rest — extremely uncharacteristic of her. That night, her brother Mark arrived to help her evict the border. They helped move his belongings; the boarder packed his car, handed over his house key peacefully, and left without incident. Mark stayed with Marcia until 10:40 pm that night, then went home.

At 10:55 pm, Marcia called her parents, who were in their holiday house in Surfer’s Paradise, Queensland. It appears Marcia had already left her home at that point; the police know the phone call wasn’t made from her house, but are unsure where she made it from. Marcia’s father recalls her telling him, “Dad, I just need a break. Don’t try to talk me out of it. I’m coming up and I’ll see you in a few days.” She planned to drive to Surfer’s Paradise and stay with her parents for a few weeks.

For those unfamiliar with Australian geography, this is a huge drive. From Seaford, Victoria, to Surfer’s Paradise, Queensland, spans over 1800km (nearly 1200 miles). A similar trip would be driving from New York to Miami. Marcia had two main options for her route: taking the inland highway which was very straight and direct (approximately 18 hours of non-stop driving), or the more scenic coastal highway (approximately 20 hours of non-stop driving).

Marcia chose the latter. She and Ziggy seem to have set out at once despite the late hour and despite Marcia telling her father, she’d see him in a few days, indicating at the time she planned to take a leisurely journey. Before Marcia began the trip, she went to Camberwell (oddly, a 45-minute detour from her route) to withdraw $50 from an ATM. She then doubled back to embark upon the coastal path.

It seems Marcia and Ziggy’s trip went smoothly for the first 1.5 hours, but it appears she ran into trouble near Yallourn. At this point, the coastal part of the trip hadn’t even been reached yet; Yallourn is an inland town, set deep in farming country. Marcia drove by a brightly-lit, 24/7 petrol station but pulled over just one kilometer (half a mile) past it, evidently low on fuel. She was observed walking from the car, continuing in the same direction she’d been driving — away from the petrol station. At 12:45 am, a concerned truck driver stopped and asked her if she needed a lift, but Marcia appeared suspicious of him and declined, and she crossed to the other side of the highway. The truck driver did not follow her as he noted she seemed wary of him and he didn’t want to frighten her further. The truck driver made no mention of a dog in his police statement but police never asked specifically about Ziggy either.

This was the last known sighting of Marcia. A passing police car spotted the abandoned car at 2:48 am and took down the number plate, assuming it was an abandoned vehicle and referring the matter to the local transport authorities. The authorities deemed it stolen and abandoned, and left a message on Marcia’s home phone to warn her it would be impounded.

On the 23rd of August, a passing motorist spotted Marcia’s wallet on a median strip in the highway in Darnum — some 20km (12 miles) before Yallourn, where she abandoned her car. The motorist noticed that the cards were scattered in a line as if the wallet had been tossed out of a car window as it went past. He called the number he’d found in the wallet to let Marcia know he’d found her wallet.

Marcia’s brother Anthony, concerned that his sister hadn’t contacted the family to update them about her trip, went to her home in Seaford after three days. He listened to the messages on the answering machine, hoping for a clue about her whereabouts. He was able to contact the motorist and collect Marcia’s wallet, and he went to the police to report his concern. A day later, Anthony then received the message about the impounded car. He went to the police again and requested the keys to the car. The police report states the car was found unlocked with the keys in the ignition. Anthony gives a different account of the state of the car, saying police were unable to produce the keys and gave him a wire coat hanger instead, which he used to break into the locked car and check the boot in case Marcia or Ziggy had been placed there by someone. The keys were not in the ignition. Finding the car empty, Anthony’s concerns grew and police filed a missing person report. Anthony also noted that the place where the car had stopped was a very poor place to pull over — it was on the side of the busy highway, with sheer embankments on either side. He thought it odd that Marcia would choose to stop there.

As for the wallet, all cards and money were present. Police noted, based on the motorist’s statement of where the wallet and cards were found, that the wallet would have been tossed from the driver’s side of the car.

Between the 20th-30th August, there were reported sightings of a dog matching Ziggy’s description in Bunyip — 64km (40 miles) before Yallourn. Marcia’s family noted that Ziggy had been Marcia’s pet for many years and was devoted to her; she never left Marcia’s side.

The family themselves had different opinions on Marcia’s fate. Her mother believed that Marcia was deceased, although she still ‘hoped against hope’. Her father thought that Marcia may have intended to have a ‘short break’ from it all but became embarrassed by the media reports and elected not to return home. Marcia’s brother Anthony recalled that they used to hitch-hike a lot in their younger years and he believed that Marcia was in a state of mind that night where she chose to discard her identity and hitch-hike to the nearest state (New South Wales) to start a new life. Anthony noted the press coverage was concentrated in Victoria (Marcia’s home state), Queensland (her destination), and the island of Tasmania (a popular place for Victorians to travel to) but not New South Wales. There were reported sightings in the three states that maintained the most press coverage; none of these sightings were confirmed. In later years, Anthony appears to have lost his optimism and believes his sister is deceased.

The highway cuts through great swathes of bushland and rural areas, and police spent weeks searching the area. Nearby bushland was combed by volunteers, police on horseback, and sniffer dogs. Nothing was ever found. Police believe that although Marcia was stressed at the time of her disappearance, she did not kill herself, and it’s more likely she either went voluntarily missing or met with foul play. The weather would have been mild at that time of the year (the tail end of winter for Australia; winters are generally mild in that area).

In any case, Marcia has not been seen since. It’s been 24 years since she disappeared. Her parents have both passed away, and of her four siblings, only her brothers Paul and Anthony remain. They’re still looking.