Is another royal rift on the cards as Prince Edward shows ‘disrespect’ to King Charles?

Is another royal rift on the cards as Prince Edward shows ‘disrespect’ to King Charles?

The Earl of Wessex, once Queen Elizabeth’s favorite child, has been called out for his ‘baffling’ behavior by not following the royal protocol. 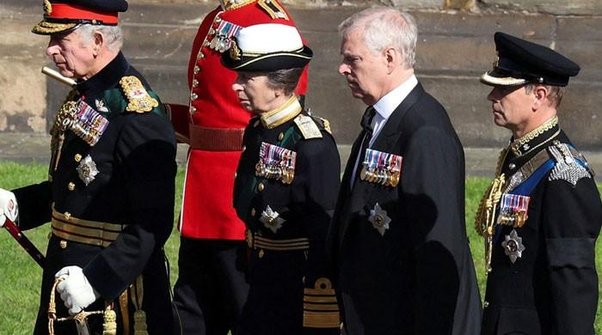 According to Woman’s Day, the royal fans have labeled Prince Edward’s behavior as ‘disrespectful’ as he seemingly did not sing the national anthem ‘God Save the King’ in a Royal Variety show recently.

The publication reported Prince Edward has sent shockwaves through the royal family with his latest move.

One fan tweeted, “So Twitter, why did Sophie the Countess of Wessex sing the national anthem but Edward didn’t.”

Another said, “Anyone notice that Prince Edward did not sing God Save The King although his wife Sophie did?”

This comes a month after reports that King Charles may not bestow the Duke of Edinburgh title on his brother Prince Edward as previously speculated.

Instead, the monarch may name his granddaughter Princess Charlotte the Duchess of Edinburgh one day.