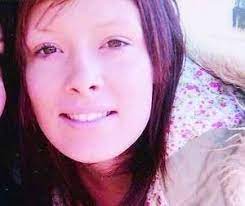 Helen Munnings, just 20 years old, went missing from the seaside city of Burnie, Tasmania, on July 23, 2008. Helen had a 2-year-old son and was believed to be pregnant with her second child. On the day she disappeared, she had told her family that she was going to a doctor’s appointment, but she never returned. Helen’s boyfriend, Adam Taylor, who is the father to her 2-year-old son and alleged father to her unborn child, was the last person to see her alive.

Helen Munnings grew up in Burnie and had three siblings: Mark, Kathryn, and Linda. Her family states that her life changed dramatically when she met Adam Taylor, a local tiler and concreter. Helen was only 16 years old when she had her first sexual encounter with Adam – a full year younger than Tasmania’s age of consent, which is 17.

When Helen’s mother, Karel Black, found out about their underage relations, she tried to have Adam Taylor charged with underage sex. She tried to explain to Adam that Helen was just a child and was still in school.

Helen’s best friend, Belinda Rasmussen was her confidante when her relationship with Adam took a turn for the worst. Helen had reportedly confided in Belinda that Adam was prone to choking her and smashing her into walls.

While Adam was seeing Helen, he was leading a double life. Adam, aged 34 at the time of Helen’s disappearance, was living with his long-term partner, Karolina Garwood, also known as Kaz, and their two young sons in a secluded home on the seafront a few kilometers outside of Burnie

Despite his long-term relationship with Kaz, Adam continued to see Helen. When Helen became pregnant shortly after her 17th birthday, Adam initially denied the child was his. He denied even knowing Helen until the DNA test results returned and confirmed that Helen had been telling the truth all along. Adam was the father of her unborn child.

Helen became a doting mother to her son, and in early July 2008, she discovered that she was pregnant again.

A few days after Helen discovered that she was pregnant for the second time, she and Adam Taylor arranged to meet secretly at South Burnie Park. According to Adam, they went for a drive in the hills behind Burnie in order to discuss her pregnancy. It was at this time that Helen allegedly confessed to Adam that her pregnancy was the result of a one-night stand that she had had with an unidentified man. Adam states that after this confession was made, he dropped Helen off on the highway back at Burnie, as she wanted to go on a walk to clear her head.

This would be the last time anyone would see Helen alive.

According to Adam, after he dropped off Helen, he headed back home along the coast. By the time he had arrived home, shortly after 6 p.m., Kaz was getting the kids ready for bed. Adam owned a boat that sat on the beach outside of his house. He told Kaz that someone had moved the boat and that he suspected that they had tried to steal it. He told Kaz he was going to drag the boat back up the beach. Instead of dragging the boat back up the beach, Adam walked the boat back into deeper water, jumped in, and headed out into the Bass Strait, despite it being the middle of a bitterly cold Tasmanian winter, and being dressed in shorts. He would later claim that he simply wanted to test and see if the motor still worked.

Later that same night, Kaz witnessed Adam outside in the dark, moving between three vehicles parked outside their house: Adam’s mother’s ute, Adam’s Pajero, and Kaz’s father’s white Mitsubishi van, which they had been borrowing. The following morning, Adam hooked his boat and trailer onto his Pajero and drove to Kaz’s father’s house. He would later state that he took the boat there because he believed someone was trying to steal it. However, Adam would bring the boat back to his house just three days later.

While Adam Taylor was testing the motor of his boat in the Bass Strait, Helen’s family was reporting her missing. A full-scale search was soon underway, consisting of searches of dense bushland, lakes, rivers, and off the coast.

When Adam Taylor was interviewed by police – just as he had done during Helen’s first pregnancy – he denied that he was the father of her unborn child. He also denied that he had been having a sexual relationship with Helen altogether. However, recovered text messages sent by Helen to Adam are strong evidence to the contrary. Close family friends also attested to having seen Adam and Helen together.

On the topic of the events of July 23, 2008, Adam provided the police with different versions of the route he says he and Helen drove in his car on the day she went missing. None of his accounts add up. Approximately one hour and forty minutes had passed from when Adam left Burnie to when he arrived home alone. When the route Adam alleged to have taken was retraced, it was discovered that the trip would have left at least thirty to forty minutes unaccounted for.

Many errors were made in the early days of the investigation, such as:

In 2012, an inquest was commenced as part of a coronial investigation into Helen’s disappearance. The inquest found that Helen died on or about July 23, 2008, and while it could not rule out suicide, the inquest found that it was unlikely. While the investigating coroner found that Helen was dead, there was no evidence to justify a finding that another person contributed to her death. There was also insufficient evidence to support the theory that Helen had changed her identity and left the state.

Adam Taylor gave evidence in the inquest which angered Helen’s family to their core. Adam denied that Helen’s unborn child was his and he stated that he had only had a sexual relationship with her because she had blackmailed him into it by threatening to go to the police about the sexual relationship that they had had while she was underage. He also stated that he did not find Helen attractive and he had to force himself to have sex with her.

Adam Taylor has never been charged with any offense relating to the underage sexual relationship that he had with Helen.

A cadaver dog was brought in from the New South Whales police department for the 10-year anniversary of her disappearance. The dog was brought to Tasmania specifically for the Helen Munnings investigation. All of the recent searches in the investigation were land-based.

Four detectives are now assigned to the cold case, and police say that new information is still coming in. Police believe that there are people in Burnie who know what happened to Helen, and they are treating her disappearance as murder. It is believed that the people who have the information about what happened to Helen and know where her body is, are the same people who have been involved in the investigation from the start.

The reward for information on Helen’s case has been increased from $50,000 to $300,00. Police say that they have re-interviewed many people since the increase in reward money was announced. In Tasmania, the $300,000 reward for a conviction in Helen’s case is the highest reward to date.

Police stand by their statement that Helen’s case is imminently solvable.

Helen’s mother, Karel, spends all of her free time examining thousands of police and court documents, doing the investigating work that she believes the police should have done in the first place. Karel is determined to make sure that Helen is not forgotten. Her fight for justice for her daughter consumes her every waking hour, and she hopes that the files she examines will hold the clue that leads to Helen’s killer.

Helen’s family maintains that she has been murdered.

Karel has paid a high price in her search for justice for Helen. Helen’s son now lives with Adam’s mother. Karel has only been allowed to see her grandson once in the past nine years.

Helen’s family is not giving up hope that someone will come forward with a piece of evidence that will allow them to close the case and lay Helen to rest. They believe that they will see justice for Helen.

On the topic of the renewed police investigation in recent years, Helen’s mother has simply said “It’s 11 years too late.”